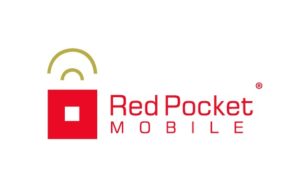 This guide will explain why Red Pocket Mobile is the clear choice for excellent, affordable no-contract wireless service. First, let’s start with the basics.

What is Red Pocket Mobile?

Red Pocket Mobile is a U.S.-based, multi-carrier MVNO company that provides contract-free, hassle-free prepaid mobile phone service. According to their website, they’re a “different kind of wireless company.” What makes them different? Well, unlike most major carriers, when you switch over to Red Pocket, they conveniently allow you to keep your existing phone number, network coverage and phone, or bring a new one. Plus, their prepaid plans are very affordable.

When was Red Pocket started?

It might surprise you to learn that Red Pocket has been around for quite a while— since 2006!

Prepaid wireless services, also known as pay-as-you-go, are exactly what they sound like: you pay in advance to have a certain amount of phone access (text messaging, call minutes, and data), each month. As long as you don’t mind paying upfront, there are several benefits to this method. Prepaid plans have no contracts, so you aren’t stuck with them for any longer than you prepay for. Plus, prepaid plans have no overage charges or hidden fees. If you run out of texts, call minutes, or data, you simply have to purchase more, or go without until the next month. Essentially, prepaid plans allow you to save money. They also give you freedom and flexibility.

With traditional, postpaid wireless services, you’ll get a bill at the end of each pay period (usually each month). If you’ve gone over your limit— which is pretty easy to do, as many traditional services don’t give you warnings— you will have to pay extra fees. Traditional wireless services also include contracts, so if you’re not happy with your service, you’re out of luck— you’ll be either stuck with them or you’ll face charges for breaking contract.

What networks does Red Pocket Mobile operate on?

Red Pocket uses the terms GSMA, CDMA, CDMAS and GSMT, but what do they mean?

It’s simple. Each acronym stands for a different major national wireless network. Different networks will offer slightly different benefits— most people choose a network based on the coverage and call quality in their particular area. Here are the four major networks that Red Pocket provides:

Now that you know what each of Red Pocket’s networks are, you can figure out if your device will work with the plan you want, or research to find out which one is best for you by checking the coverage in your area. Coverage for each network can be checked on the Red Pocket Mobile eBay storefront.

As stated above, you can keep your existing phone number and phone, or get a new one when you switch to Red Pocket Mobile. Let’s discuss how that works.

In nearly every case, you can keep your existing number. Your old phone company doesn’t “own” your phone number. According to the Federal Communications Commission (fcc.gov), your old provider cannot refuse to transfer your number to your new service provider.

Can I use my current phone when I switch to a Red Pocket Wireless Plan?

The answer is probably yes! Do you have a phone from AT&T, T-Mobile, Sprint, or Verizon? If so, you’re in luck.

Most phones will work with a prepaid carrier as long as the underlying network for the carrier matches the carrier you currently use with your device.

What devices will NOT work with this service?

Even though Red Pocket works with all different types of devices, some exclusions do apply. These include:

If I am going to buy a new phone, what type of phone should I buy?

You’ll probably encounter 3 different types of phones if you’re shopping around: CDMA, GSM, and Unlocked. CDMA (Code Division Multiple Access) and GSM (Global System for Mobiles) are simply acronyms for the different radio systems used by cellular devices. This can get complicated, so for the sake of time, we’ll just give you the most important information:

“Unlocked” devices aren’t tied to any specific network. However, even if they’re unlocked, you will generally want to stick with the appropriate network for the model type. For example, you would generally use an unlocked GSM device on AT&T and T-Mobile networks, and use an unlocked CDMA device for Sprint or Verizon plans.

Red Pocket offers a variety of plans with plenty of perks. Here’s the rundown:

How do I activate my Red Pocket Mobile Service?

So, why choose Red Pocket Mobile over other mobile phone services?

Red Pocket Mobile is a great way to go if you need a low-cost, contract-free phone plan. You get to take advantage of the best phone networks while saving money—what’s not to like about that? Whether you’re an iPhone lover or an Android person, you can take advantage of Red Pocket’s inexpensive wireless plans. The customer service is great, and everything, from purchasing, to activation, to refilling is super easy. Check them out on eBay at the Red Pocket Store.